What's on your mind?

I need help. I can’t get premiums so don’t put that in your advice

Hey, if you haven't downloaded warthunder. Check this link and you will help me out and you get a free game. Here is the link: http://warthunder.com/en/registration?r=userinvite_123416469

Why is there no info of any vehicles? just the names. ;w;

I did not corrupt or delete any files, and I am on a 2020 macbook pro if it helps 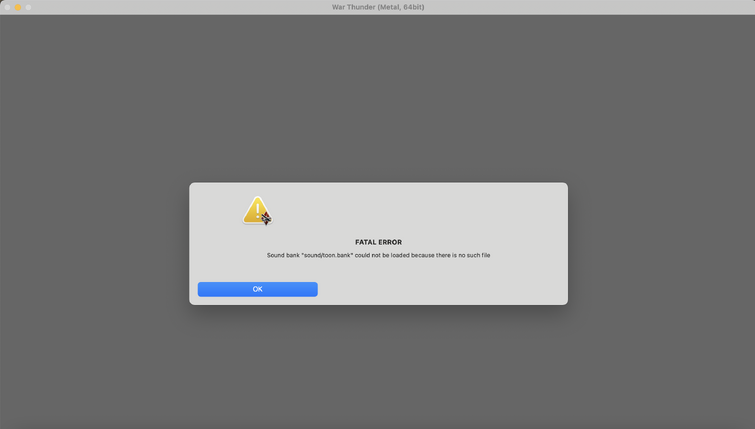 2nd is it hard for begginer

Hello so this is my first post on the wiki and I have a question since I got the game yesterday.

The question is: How do I use the machine guns on top of some of my tanks? They just sit there and I don't know how to get my crew to operate them.

This wiki is HEAVILY outdated, expect a revamp soon (at least for the tanks).

I want to know if you guys think just like me they should ad this tank, also known as objekt 640, if adding this tank, i can give you the armour dimensions, i know the dimensions

I feel as if that Germany at ranks 3 and 4 are very op for example the tiger 2 p and h, need to have there br's increased to 7.0 and 6.7 respectably so that it is more fair and fun for tanks at those br's like the t26

AMX-13-90: A great light tank. Has a 90mm autoloaded cannon with 5 sec reloads, and a 320mm pen HEAT-FS shell. Mobility is also great, and overall it's just a very reliable and powerful light tank.

AMX-50 Surbaisse: Quite a powerful heavy tank. The armor is a little light for a heavy tank, and with HEAT-FS it's gonna not be as effective. Mobility is good, and gets you around well. The gun on the other hand, is great. 6 second reload, a 120mm cannon, and a 300mm pen APBC shell that does a LOT of damage.

Lorraine 40t: Another light tank, it has many similarities to the AMX-13, but this tank has a 100mm cannon with a sec autoloader. The shells also have up to 270mm pen, and do quite a bit of damage. Mobility is even better on this tank than the AMX-13, and the profile is lower.

AMX-13 DCA: This is a decent anti air, even at this tier. It's surprisingly accurate for a 40mm gun, and any plane it hits will instantly explode. Mobility is the same as the AMX 13, so don't worry about that.

F84G-26-RE: It's an F84, so expect what you get from one. All F84s have great CAS capabilities, and are generally good planes.

Strv m/42 DT: This is actually a pretty decent tank. It has a 75mm cannon with access to a very powerful APCBC shell, which has 149mm of flat pen and 150g of explosive filler, and this cannon has a 3.9 second reload. Armor and mobility is pretty meh, but the gun is where it really shines.

Ikv 103: Most of it's stats are pretty meh, except for mobility, which is slightly better than most. It's reload isn't great, at 13 seconds stock, but it's shells are where it really shines, with 400mm HEAT-FS at 5.0. And with the cannon being as large as 105mm, this shell will 1 shot almost anything at it's BR.

Lvkv 42: This is a pretty good anti-air. It has good mobility, with a very powerful and accurate 40mm autocannon. Overall, just great, and the 40mm has access to SAPHEI, which is lethal if it penetrates.

Pvkv m/43: Like the Ikv 103, all of it's stats are quite meh except for the gun. THe reload isn't too shabby, at 8.7 secs stock, but it has access to a very powerful 75mm APDS shell with 260mm of pen flat. It's default round is also the already powerful APCBC with explosive filler, so expect good performance from this gun

T18B1/2: The B2 has 2 20mm autocannons, a 57mm cannon, and a 13mm machine gun. These guns will destroy most tanks and planes, and it has a very good payload, of up to 8 50kg bombs and 8 rockets. The B1 has he same guns, but without the 57mm cannon. The payload is much higher on this one though, with up to 2 600kg bombs and 8 rockets. Both are decently agile, and have defensive guns.