The smallest fighting element is a pair of fighters, often called the wing leader and wing mate. Other doctrines call for flying Vs consisting of 3 fighters but most air forces in WW2 were flying the finger-four formation, each four plane formation consisting of two pairs of fighters.

Most of the tactics described therefore concern two parties working together. This applies whether two planes are flying independently of each other, or the 2 elements are flying as welded wings, and each plane in the descriptions below can be regarded as an element.

Formation flying was useful because it helped fighters keep track of where their wing mates were, wing mates could cover each other's blindspots and in the welded wing,  the wing leader could focus on offense while the wing mate stuck with the wing leader serving as a pair of eyeballs to search the skies.

Arcade and Historical Battle allow for HUD, radar and third person views which eliminate blind spots to a great degree so formation flying is largely unnecessary. FRB however might benefit somewhat for the same reasons these formations were used historically. 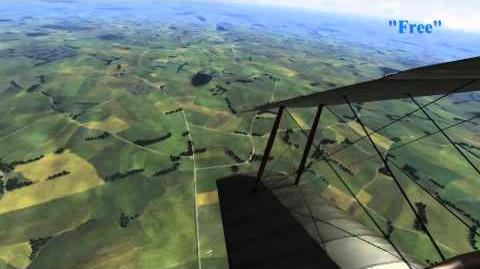 The Double Attack involves one plane engaging the enemy and the other plane (the free plane) standing by (usually at altitude to keep an energy reservoir to be able to quickly spring into action) until needed because the engaged plane has lost the advantage and needs help or if another enemy plane enters the area.

Loose deuce is a wing, energy combat doctrine, applicable when the wing engages one bogey. The aim of this doctrine is to reduce the bogey's energy to a minimum and force it into predictable maneuvering. One of the fighters takes the active role and the other one passive in this doctrine. Unlike most wing tactics however, these roles are interchangeable between the fighters. To apply this doctrine at least one of the 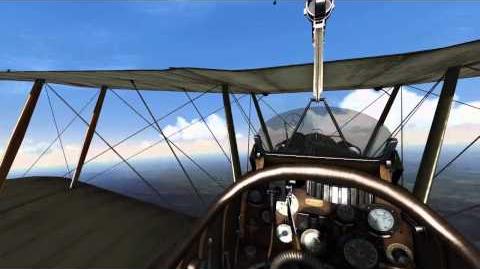 fighters should have an energy advantage over the enemy, while the other should be at least co-energy with the bogey.

At the opening of this doctrine, the high energy fighter starts his pass, booming on the bogey. His aim however is not getting a shot on the bogey, but force it to burn energy and go into maneuvering predictable for the passive fighter, while conserving his own energy. After the closing, the active fighter should extend and zoom out, thus becoming passive. He should maneuver such that he will be able to retake the active role, right after the second fighter is done with his pass. The latter should start his own pass on the bogey, quickly enough that he can take advantage of the bogey's low energy state, and his maneuvering. This should be done in an energy conservative manner however, as the other fighter should be already ready to follow him, and make another pass. This repeats until the bogey is downed.

When applied correctly, this tactic is overwhelming to the bogey. He is constantly being kept at low energy, and in defensive maneuvers with little time to react and counter-attack and thus he becomes easy pickings. This doctrine however has a downfall and that is it's purely offensive nature, that makes the wing vulnerable to opportunity attacks from nearby fighters and worst still, enemy wings. Thus it shouldn't be used in high traffic areas or when nearby enemy planes are visible. Its primarily targets should be bogeys that are better turners than the wing's planes, and so it would be difficult, to apply tactical doctrines like Double Attack. It should be noted, that the wing is able to convert from Double Attack into a Loose Deuce. However this switch requires a lot of coordination. This is because the fighter active in Double Attack, will be co-energy with the bogey (it is not improbably that he may even have lower energy than the bogey which is why the needs assistance). And so he requires time to raise his energy state.

To convert, the passive fighter should enter the fight, making a pass and extending, then the low energy fighter should make a pass, forcing bogey into further defensive manoeuvres. After that, the low energy figher should try to disengage and build it's energy, while being covered by another pass of the other fighter. Often it takes several conversion stages to convert successfully into Loose Deuce. In the end, going into Double Attack against better turning fighter with the hope of converting into Loose Deuce as needed is not advised for inexperienced wings, which should stick to Loose Deuce.

This is a useful way to attack a single target as neither fighter gets in the way of the other, and if there are more than 2 planes in the formation multiple trailing attacks may be made on a single (or multiple fighters). In this case the constant influx of attacking fighters prevents the bogeys from pursuing planes that have already made their pass, and gives these planes time to rebuild energy for the next attack. 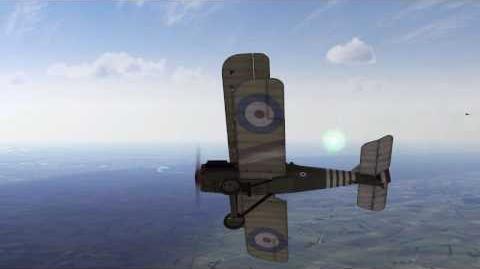 When two planes find themselves being chased they can seperate or 'split'. This forces the bandit to pick between the two planes and results in the plane being attacked from both sides.

The split can naturally progress into a loose deuce or perhaps even a double attack if the bogey has lost the advantage.

When the planes start the turn by turning into each other, this is called the 'cross split'. It's often wiser than a regular split as the pair of planes remain closer to each other and the bogey is under threat from the other plane quicker.

When encountered with a bogey from the rear, one of the fighters veers off to the side, this makes him an attractive target. When the bogey goes after him the wingman also turns and engages the enemy, effectively sandwiching him between their two planes.

If the bogey ignores the wingman pealing off and instead goes after the plane going straight, the wingman should reverse to attack the bogey while he's chasing his wingmate.

On encountering an enemy from behind both planes of the wing should turn in opposite directions and start performing scissors. While the bogey chases one of the planes, the wingman flies scissors and shoots at the bogey every time the two scissors intersect.

This maneuver offers a small advantage in that the bogey is shooting at a scissoring plane from the rear while the wingman has opportunities to shoot the bogey from a side, a relatively easier shot. Furthermore this tactic assumes both the bogey and targetted wingman are taking fire and stakes that the friendly planes have better firepower and armour and therefore will have an advantage in this type of engagement.

This tactic was famously used first by F4F Wildcats and later by P-40 Warhawks against Japanese Zeros in the Pacific Theatre, taking advantage of the Zero's typical fragility while effectively removing the Zero's turning advantage as the Zero can only follow one of the wingmen's turning radius (and not turn any harder) if he wants to stay on target, sacrificing the largest sides of his plane to the firing wingman meeting him at every intersection in the process. 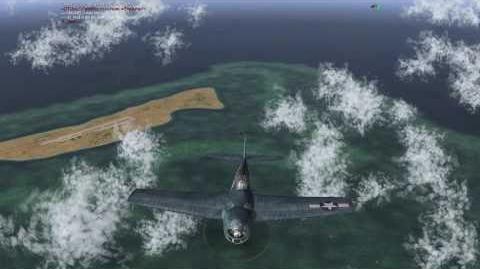 Perhaps the easiest of wing tactics, one fighter baits or 'drags' an enemy fighter. Taking care to stay out of effective gun range while still staying an attractive and seemingly vulnerable target.

By keeping the enemy focussed on him, the dragging plane's wingman can come in for an easy (distracted) kill.